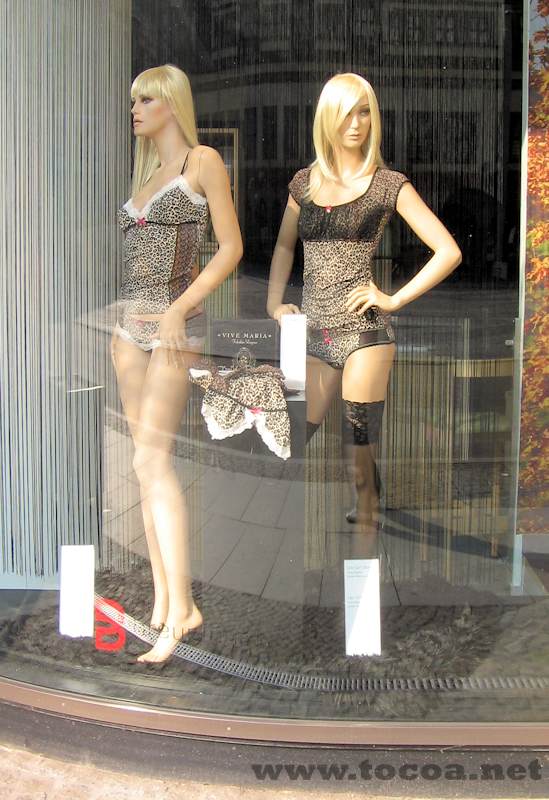 You probably won’t get to see dessous wearing mannequins like the ones seen in the picture above in the Islamic Republic of Iran in the foreseeable future. A recent Reuters article illustrates that there is a quite different point of view concerning what can possibly be shown in a shop window.

According to this news item, female display mannequins which are shown with exposed body curves or without the traditional islamic veil are reason enough to give the responsible shopowner a warning and, if done repeatedly, a reason for severe punishment. Furthermore, store mannequins for dessous may only be deployed in areas accessible for women exclusively. Apparently, the reason for this approach is the attempt of the iranian guardians of public morals to enforce the strict islamic dress code. It is understandable that each country is free to set its own rules as it wishes to, but for most people that are not muslims, this kind of regulation will probably be met by a lack of understanding.

If you are looking for suitable wigs to equip your mannequins, we recommend wigs-direct.com, an online retailer with a great assortment of wigs.
This website uses cookies to improve your experience. We'll assume you're ok with this, if you continue. Accept Read More
Privacy & Cookies Policy